*Reposted from my old blog, this is entirely my own content*

You may be wondering why I am blogging about a travel experience from two years ago… Well, I don’t really have a good answer for that besides the fact that this is my blog and I like to showcase my life and experiences to you, but I hope you enjoy my content regardless!

San Francisco, the Golden City that sits on the bay of Northern California. I was so incredibly blessed to be able to see what the city has to offer in four short days with my best friend and travel sister, Jasmin.

The Bay Area is a region I have always wanted to fully discover. I have gone once before when I was younger, and I only remember bits and pieces, so going again as a young woman in my early twenties was definitely a refreshing experience. So without further ado, I bring to you San Francisco through my eyes.

To start off, the city of San Francisco is not a cheap one. It is currently the most expensive cities to visit in America, according to the World Atlas. With hotels near the heart of the city being $200+ a night, an Airbnb was a more economical option for the four nights we were spending here. Considering we like to be in control of where we go, when we go and how we do it, the seven-day Muni pass was our best travel option. It gave us unlimited access to the Muni, bus and cable cars.

After taking the BART from SFO, we found ourselves in a quiet town in Balboa Park, where our Airbnb was located. The first thing we did was drop our travel backpacks off and went to the Muni to ride into the heart of the city. We got off in the Financial District fairly close to Union Square. A day of traveling will make anyone hungry, so we opted for the Cheesecake Factory located in Union Square at the top of the famous seven-floor Macy’s department store.

A fresh new day and Jasmin and I were ready to take on the city. We decided to conquer Twin Peaks, otherwise known as the highest points (922 feet in elevation) near the geographic center of San Francisco. It is actually famous for its 360º panoramic view of the entire city. Although that sounds like an excellent place to start any trip to San Francisco, getting there was a bit of a struggle. Trekking the infamous San Franciscan hills through a residential area to get to the trail to trek some more to the top of the Twin Peaks was an adventure in itself. I am all for getting an awesome booty, but those valley rolls did a number on my derrière.

One of my favorite things about traveling is seeing the sets that were either filmed in or inspired by my favorite movies and television shows. San Francisco is home to shows like “Full House” and Disney’s “That’s So Raven” along with one of my favorite movies, “The Princess Diaries.” What better way to indulge my love for San Franciscan cinematography than to visit iconic scenes from these shows ant TPD? We made sure to stop by to see the Painted Ladies from the opening scene of “Full House” as well as Raven’s home in “That’s so Raven.” We also made sure to visit Mia Thermopolis’s firehouse home as well as the arcade she took her grandmother, Queen Clarisse, to down in Fisherman’s Wharf.

Overall, Day 1 was a day well spent. The weather was perfect this time in May: sunny with a crisp breeze from the Bay. We ended our day with a trip to the Golden Gate Bridge.

Now that we’ve gotten the hang of commuting around San Francisco, we had big plans for what was to come. *Cue drumroll* Mr. Holmes Bakehouse located in Nob Hill! Particularly famous for their unbelievably exclusive cruffin (a combination of a croissant and a muffin), Mr. Holmes Bakehouse in the Tenderloin is known for their quaint neon sign that reads “I got baked in San Francisco.”

Since the shop is fairly small, we decided to bus to Union Square to eat our delectables. The weather was sunny and pretty much perfect, and the Square is excellent for people watching.

Note: Many people have said to avoid the ‘loin mentioned earlier, but I think it can be conquered if you’re street smart.

No trip to San Francisco is complete without seeing Lombard Street. This famous street is known for their topsy turvy nature built on a very steep hill. To get there from Union Square, you need to take the cable car. If you are focused on getting buns of steel, walking up another steep street would help you reach your gluteus maximus goals.

By midday, we were starving and decided to eat at an authentic local Chinese restaurant in Balboa. Shanghai Dumpling King what definitely the way to go for my first authentic Chinese food experience. We indulged in dim sum, the dumplings and potstickers were absolutely amazing. I gave it two chopsticks up!

Next stop: the beautiful mosaic steps. It was completed in 2005, but you can tell how much time and effort went in to creating this work of art.

After a tiny photoshoot at the mosaic steps, Jasmin and I commuted to China Town for boba tea. Plentea was one with awesome ratings on Yelp, so we went there. This Boba teahouse is known for serving their beverages in glass bottles that you may take home as souvenirs. The best part? The tea isn’t mad expensive. It was actually cheaper than boba tea back home in Vegas, and that’s without a cool glass container!

Later that night, I met up with a local who showed me some of his favorite restaurants and bars in the South Market district (SoMa). There is this heavenly place called Garaje that sells the best tacos I have ever probably tasted, and I only had one (my biggest regret). This cash-only restaurant was so crowded, but there was definitely a rustic, homey feel. Afterwards, we had drinks at Southside Spirit which was only a few blocks away from Garaje. Southside Spirit serves a variety of domestic IPA beers specifically brewed by them. We ended up at the Bay Bridge, fully equipped with decorative LED lights that danced throughout the night.

It’s Game Day for the San Francisco Giants, which is actually the day that I attend to my first Major League Baseball game. Our day began with a bagel with cream cheese and lox with a chai latte Café UB located near Dolores Park. If you happen to arrive in that area earlier, I recommend checking out Tartine Bakery. Our Airbnb host recommended it to us, but we didn’t have enough time to check it out with out busy itinerary for the day. There was a line out the door and around the corner, so I’m going to go out on a limb and say it must be good!

The first part of our day was spent exploring the Castro before heading over to Fisherman’s Wharf to scope out one of the scenes from The Princess Diaries. There was the cutest bookshop in the Castro where I found the magnificent read Madamoiselle Chanel. After the 50 minute commute to Fisherman’s Wharf, we finally arrived to Musée Méchanique, where Mia took Queen Clarisse to show her the true San Franciscan way. Then, we were off to the game!

The San Francisco Giants versus the Chicago Cubs was the perfect end to our weekend.

Thank you always for taking the time to read and hopefully fall in love with my travels as much as I always do. Leave any questions or comments below, and subscribe so you don’t miss my next adventure! 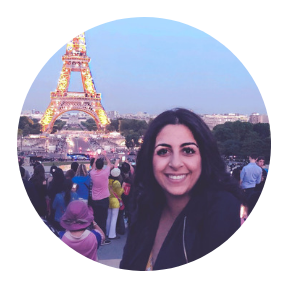